Senusret I is the Herodotus’ referenced Sesostris I. Herodotus wrote his Histories around 425 BCE at a point when Kemet (Ancient Egypt) was fully under Persian rule. In any case, his “Histories” consisted of discussions with Remetch (Ancient Egyptian) scholars. It was noted that Senusret I’s armies expanded into Europe and as far East as India as per Herodotus’ account and even an indication that Sensuret was not the first Nswt Bity (pharaoh) to extend his civilization’s control outside of Africa.

As was previously stated, Senusret I ruled 1971–1926 BCE. So, his rule ended about 3,945 years ago. The earliest date for the start of Ancient Greece is 800 BCE, or about 2,819 years ago. So it is not possible that Greece began with Sensuret beyond the influence of descendants of migrants of Senusret’s armies who are said by Herodotus to have settled as far north as the Black Sea and as far east as India.

In any case, Senusret was undeniably black as would any Remetch be prior to the Greco-Roman era of the Ptolemies that begins in 305 BCE (even though they were present as mercenaries and mercenary families even earlier than their rule) the Ptolemaic rule is the point of the history of a phenotypic change in North Africa.

These are wood statues initially held by Petrie Museum showing Sensuret I (or possibly one of his ruling sons) wearing white and red crowns that only Nswt (pharaoh) wear. The museum identifies the statues as Sensuret I. 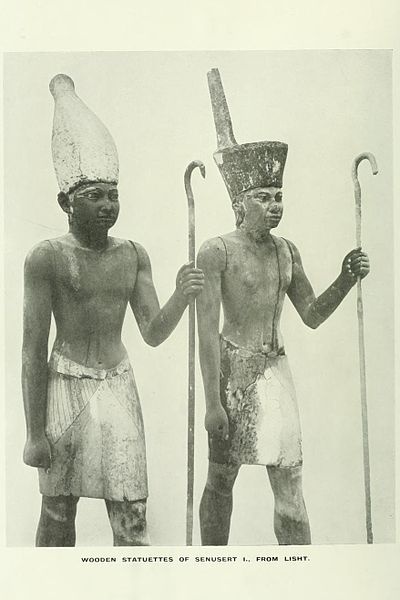 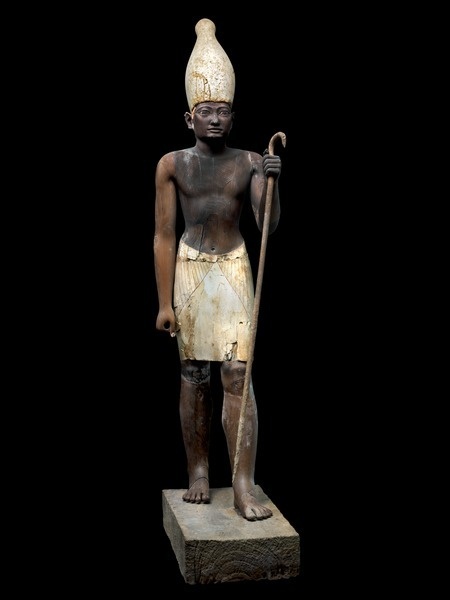 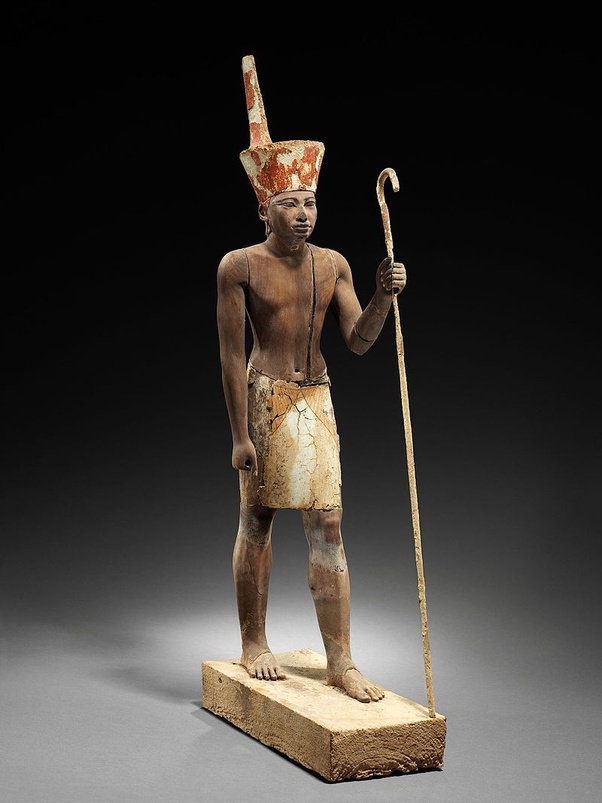 By the wood depictions found outside his tomb wearing the Nswt crown, he was undeniably black. Note, some museums only refer to these two pieces as “Guardian figures” and disregard mentioning they are from Sensuret I’s tomb and each is wearing the crown that represents the Nswt’s rulership.

However, there are famous depictions of Tutankhamun as his own guardian in his tomb so there’s no question that these two “guardians” are of Sensuret I himself. 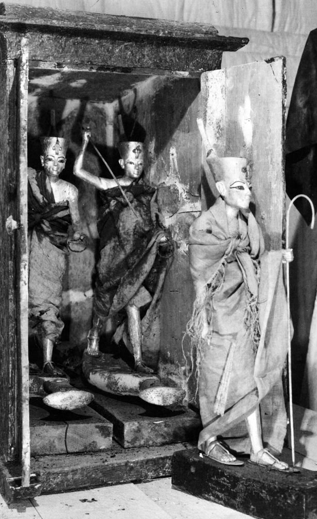 So it is without question that Senusret I was black. Doubtful that Greece was anywhere near being the civilization it would become given its genesis is 1,126 years after Senusret I’s rule ends, and Ancient Greece’s apex being even later at 500 BCE.

Quite frankly, if anyone from Kemet directly founded Greece it most likely was one of the Kushite rulers since the 25th Dynasty in Kemet is what precedes the apex of Ancient Greece or the Libyans from the 24th and 23rd Dynasties who preceded the Kushites and preceded the origin of Ancient Greece. Nevertheless, all these rulers in Kemet were black people like the purely Kemet rulers before them.

Isaiah Israel is a graduate of the University of Hawaii Pacific with a bachelors in Psychology and a deep love for history in which he believes that when you know the past you can understand the present and predict the future course of man and mankind and is the author of the best selling ebook The White Man's Burden Of Lies and Deceit.

This site uses Akismet to reduce spam. Learn how your comment data is processed.